Wall Assemblies: Have Your Cake And Eat It Too! 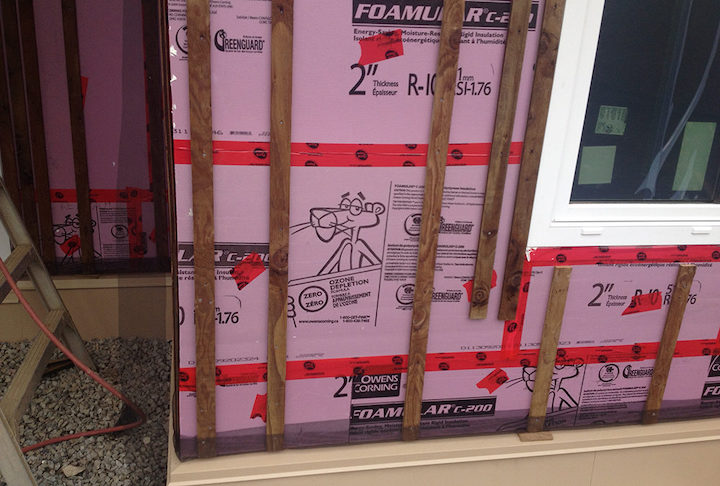 When it comes to wall assemblies, you can have your cake and eat it too!

I grew up in a home built in 1911. Houses were different back then. This home had sawdust for insulation and single pane windows. As it got colder, we put more wood in the fireplace. There were days in the winter when the house was so hot that we kept the front door open to cool off the home. Neighbours would drive by and think, “There are those Crazy Clays, it is -20° and they have their doors wide open!” That was the past.

Conserving energy was not a concern, since we just put another log on the fire. Firewood was free. Insulating the wall and achieving air tightness was just not a priority.

Homes eventually made a move to oil/gas fired furnaces. This new fuel cost more than the wood, which was free, so energy efficiency became more important. Thus, people began to place a greater emphasis on putting insulation between the studs.

In the 1970’s, the energy crisis hit us hard. We increased the insulation levels even further, and improved air tightness. The vapour barrier poly sheathing became standard construction. While increasing insulation values and airtightness can be a good thing, it can also have some negative consequences. Remember the condo crisis with wall assemblies rotting from the inside out?

Take one cold coke out of your fridge and put it on your coffee table. Take another one out of the pantry and put it beside the first coke can. Wait 5 minutes. What do you notice? Yes, the can out of the fridge has accumulated condensation on the outside of the can, while the other is dry. Moisture in the air condenses on cold surfaces.

One important objective of a well-built wall assembly is to warm up surfaces where condensation may occur.

There are three problems with traditional batt insulation:

Is there a better way?

Dr. Joe Lstiburek is a world-renowned building science expert. He has been a proponent of the perfect wall assembly. This wall assembly reduces thermal transfer and keeps the exterior sheathing warmer, thus reducing the propensity for moisture buildup.

For greater detail on this wall assembly, see my article, The Perfect Wall.

By choosing the correct wall assembly, you will achieve the following benefits: 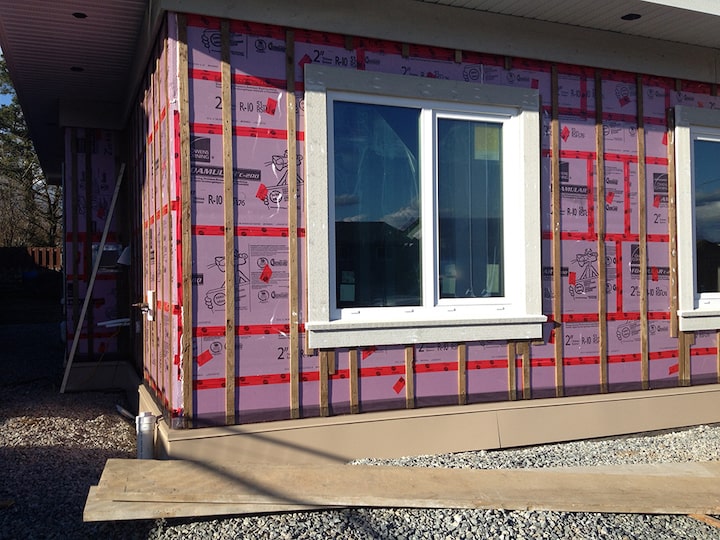 I speak to builders who remember the condo crisis. They make comments like, “I just slash the poly, so that the wall can breathe.” This is prehistoric thinking; there is a better way. Why sacrifice air tightness to improve the breathability when building science proves you can have both?

Homes of the future will be more energy efficient and air tight. This wall assembly will breathe and be free of moisture and mildew, making homes healthier. Yes, you can have your cake and eat it too!